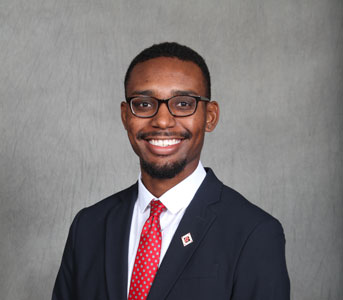 Jan. 11, 2021 – Former North Tech student Dr. George Holmes, Jr. and his team have been awarded a $50,000 grant from the UMSL Accelerate program. Holmes graduated in 2011 after attending a half-day program at North Tech. From there he headed to Missouri S&T, receiving a bachelor of science degree in mechanical engineering in 2016 and a Ph.D. in 2020.

The grant will help grow Hire Henry, the start-up company Holmes has been working on for several years. Hire Henry is developing heavy-duty robotic lawn mowers for commercial landscaping purposes.

“The grant will allow us to continue to improve our product and fully launch this upcoming March to a select number of customers,” said Holmes.

Out of 430 applicants, Holmes was one of six teams awarded the grant. The grant includes an eight-week business development program and access to additional resources like education, mentorships, and other supports. The funding came as part of the Diversity, Equity, and Inclusion (DEI) program, which puts funding behind underrepresented entrepreneurs. The program is supported through private funding and commitments from Ameren, Edward Jones, and Express Scripts.

“North Tech has been one of the most important learning experiences of my life,” said Holmes. “The lessons in automotive technology directly relate to mechanical engineering. It helped me develop the core skills necessary to lead academic research teams in developing autonomous robotics from scratch.” Holmes was named as the automotive technology Tops of Tech in 2011.

“I hope North Tech students will take a moment to reflect on how valuable and rare a technical education is — the skills from a trade are transferable to so many different parts of life and business,” said Holmes.

“George is the epitome of what it means to be a North Tech Eagle!” said Dr. Ronda Wallace, interim principal at North Tech. “He took advantage of our mission as we provided him with career and technical education that prepared him for post-secondary success! We applaud Dr. Holmes!”