May 4, 2021 – Northview High School has partnered with Sodexo to foster job readiness skills in students.

“Brian O’Connor and Mark Sharp were interested in establishing a partnership where students were able to learn about different post-secondary options as well as job preparation skills,” said Sally Difani, SSD administrator of community partnerships. “We were able to reach out to one of our valued CTE advisors from Sodexo to see if she might be willing to expand her involvement with SSD. Our advisor, Karin Mann, was more than willing and so began our collaboration.”

In a Zoom session in February, several Northview seniors were given an overview of Sodexo and learned about the various services Sodexo offers and the types of facilities in which they operate.  Students were also given the opportunity to choose an area of interest – like food service or grounds and facilities – before heading into a breakout room with a Sodexo representative to learn more about entry-level opportunities in those specific fields.

In a follow-up session conducted in April, students were able to practice their interviewing skills by participating in mock interviews with Mann and two members of her Sodexo team. Several Northview students participated and were pleased to receive very positive feedback on their performance. The Northview team hopes that these sessions have given students the chance to become familiar with Sodexo’s work and to also allow them to feel comfortable in pursuing employment if they should choose to do so.

“I hope the students understand the process for interviewing and retaining a job with Sodexo, or any other employment opportunity they wish to seek out,” said Mann, food service manager for Sodexo. “Since there may be some special challenges, the process of practicing will increase their confidence and ability to interview well and achieve gainful employment.”

“The information that the students are learning and the skills they are practicing will be beneficial to them no matter the path they take after graduation,” said Difani.

Sodexo is a food service provider that serves a variety of institutions, including hospitals, corporate offices, and school districts. Their mission is focused on quality of life and how to improve it. Sodexo services organizations worldwide. Special School District has used Sodexo as their food service provider for over 15 years. 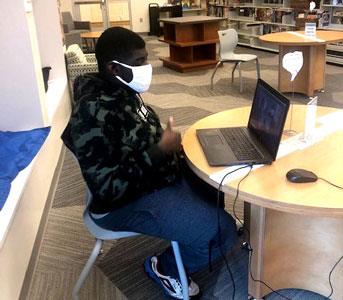 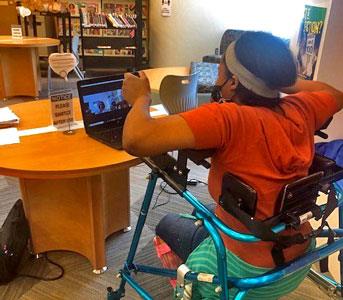 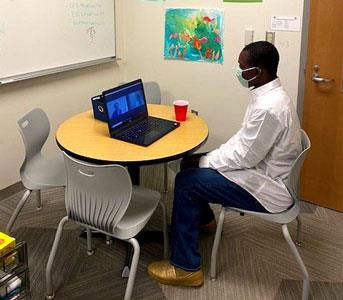