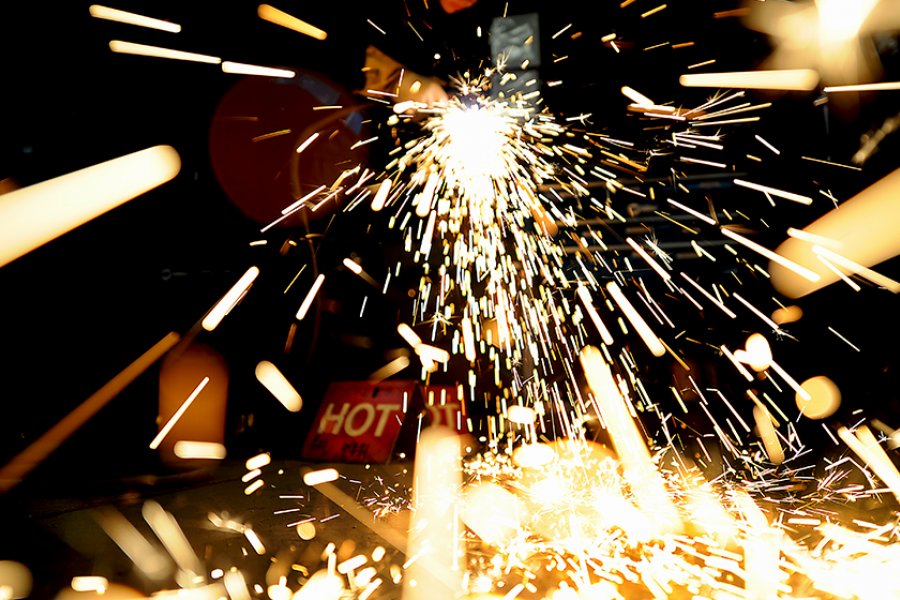 Aaron Dunse, a Parkway South Alumni and a 2013 graduate of South Tech, stopped by on Thursday, December 1st, to pay a visit to his former instructor Mr. Holt and show off his weekly paychecks. On average Aaron grosses $5300 per week and clears roughly $3500 per week. In the past 5 months, he has grossed over 70,000 dollars!

Aaron started making this shortly after graduating from the Missouri Welding Institute when he became employed by JV Industrial Company which is based out of Texas. Aaron is a specialized pipe welder and he travels the countryside working in power plants and oil refineries during their shutdown periods. Aaron enjoys what he does and possesses a skill that is highly sought after in this industry.

Aaron told Mr. Holt, "I don't know where I'd be if it wasn't for the welding class at Tech. I am very thank ful I made the decision to choose this career path."

Aaron also had advice to students considering South Tech. "If you're going to do it," he said. "Put forth everything you have."